Thors and his hammer Mjölnir

Thor is the son of the god Odin and the goddess Fjørgyn. He is married to the goddess Sif, and together they have two children: son Modi and daughter Trud - both names express courage and strength. Together with the giantess Jarnsaxa, Thor has a son, Magni, who in the sagas is described as an incredibly strong person. Thor and his family live in the house Bilskirner, also called Trudvang or Trudheim.

The word Thunder comes from Thor's bang: When he rides across the sky in his cart, pulled by his two goats, Tandgrinsner and Tandgnost, the lightning jumps from his chariot, and thunderclap hits the ground.

Myths tell that Thor kills giants and keeps the forces of chaos at bay. In doing so, he maintains law and order in the world, is thus a god of justice, if you will. As the god of thunder and weather, he is not only extremely important to the seafaring and well-traveled Vikings, but also as the god of fertility when he brings the rain - extremely important to the peasants, then as today. At that time, however, drought meant famine!

According to Adam of Breme, Thor is the most powerful of the three gods in the Temple of Uppsala. Although Thor is the son of Odin, they had very different characters. Where Odin is ruthless and punitive (Read: Odin - King of the Assyrians), Thor is understanding, reliable and enjoys people's trust. Adam of Breme writes thus:

“Thor, it is said, reigns in the air and decides over
the lightning and the thunder, the stormy weather and the rain, the good weather and the crop […] whose plague and famine
threatens, sacrifices there to Thors… ”

Thor's name is found on a number of rune stones and in poetic poems in his honor, and the name Thor is included in many place names around the north. Also the large number of finds of copies of his hammer Mjölnir, the most powerful weapon in all of Asgård, is a clear sign of the great worship of Thor.

In the sagas, Thor is described as big, strong and roughly built, with a big red beard that gives glare in his eyes, and a mighty voice. This probably refers to the thunderstorm or the reddish sky just before a storm - a strong indicator of his role as weather god.

In the sagas, Thor is described as simple and straightforward, though at times with a furious temperament. Most important is his strength and Mjölnir, who solves almost all his tasks. As mentioned, there is a big difference between Thor and his father Odin, and where Odin is typically worshiped by the upper class, Thor is worshiped by the peasants and the lowest in society. His help is about wind, weather and growth - Thor controls the forces of nature that can cause damage to crops.

Mjölnir symbolizes Thor, but also the very connection to the Azeri faith. In order for Thor to be able to lift Mjölnir, the most powerful weapon in Asgård, he needs the strength belt Megingjord, which doubles his strength. To catch Mjølner, who always comes back to Thor, he uses his iron glove Iarngreiper. Mjölnir is the perfect weapon: it always hits its target and subsequently returns to its owner. Thor uses Mjölnir to make violent thunders and the strongest lightning strikes, and the grins would explode around him.

The myth of Mjölnir - Thor's hammer:

The word Mjølner comes from Old Nordic Mjölnir and means Crush into small pieces, The Crusher or The Lightning. It has been forged by the two dwarves Sindre and Brokk in a bet with Loki. Although the shaft has become a little too short, it is still the finest the dwarves have ever created.

The same saga tells how the dwarves forge Freys' Golden Brush and Odin's spear Gungner, Gungnir which means "The Shaking". It is Sindre who has forged, while Brokk has kept the wind wave going.

According to Nordic mythology, Mjølner can be resized, and it can be stored in a small pocket if necessary. In Snorre's Edda it is stated in connection with Thor's hammer that it can be made small so that it can hang around its neck like a piece of jewelery. It is not inconceivable that Snorre refers to the jewelry as a way to spread the asatro. Thor's hammer as a jewel was the Vikings' proof and symbol of allegiance to the Nordic gods, ie as a manifesto against Christianity and perhaps as a counterpart to the Christian cross.

Is Mjölnir really a hammer?

There are many interpretations of Thor's hammer, and at one point it was debated whether it was at all a hammer with the short shaft and the symmetrical head, which perhaps should be asymmetrical. If a god were to use it, would it be a perfect hammer?  That it is!

Because when an amateur archaeologist in 2014 went for a walk with his metal detector at Købelev on northwestern Lolland, it beeped, and he dug the only known specimen of Thor's hammer with engraved runes. From the runic script it is clear that it is a hammer - it says "Hmar x ice", which in Danish means "This is a hammer". This amazing and unique find helped seal the claims made by skeptics. (Here you can see the mentioned Thor's hammer.)
Thor's hammer jewelry has later been dated back to the 10th century. More than 1,000 amulets have been found, which are shaped like Thor's hammer Mjölnir - but not more with runes.

The significance and application of Thor and Mjölnir in our time

In today's Denmark, you can wear Thor's hammer to honor your ancestors, as a religious statement or most often - as a beautiful piece of jewelry with a rich history.

SEE OUR LARGE SELECTION OF THORS HAMMER IN SILVER

The name Thor is still used for naming newborns, but whether they will be baptized is not known. It is again an indicator of how widespread and popular Thor was in the Viking Age. It is especially personal and place names that are inspired by the name Thor. The names Torsten, Thorbjørn, Thorkil and place names Thorsø, Torsjö and Torsbjerg. And there are certainly many more. Last but not least, Thor has named Thursday in most Germanic languages. 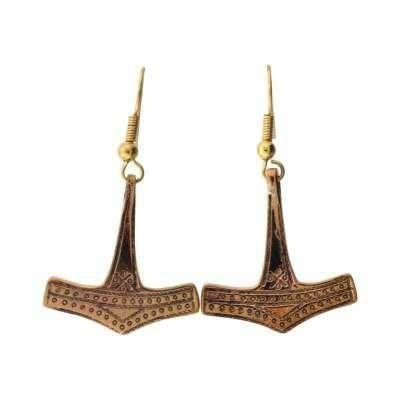 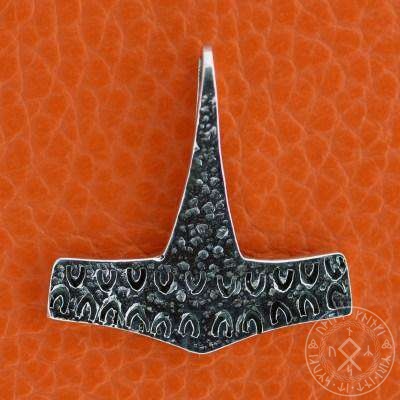 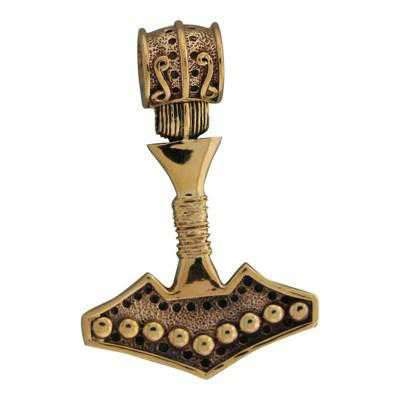 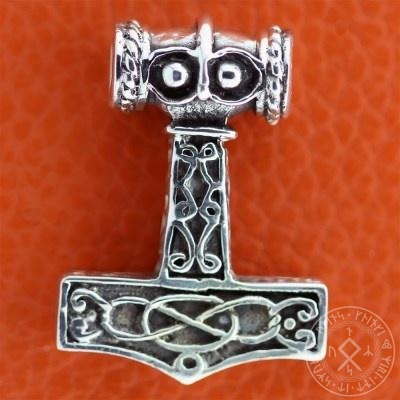 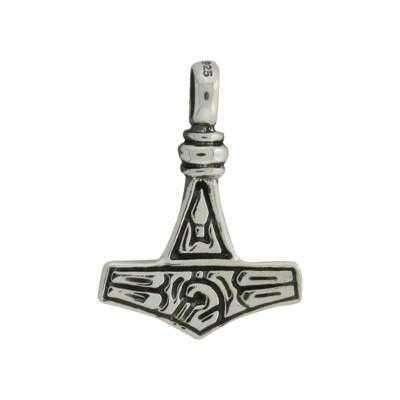 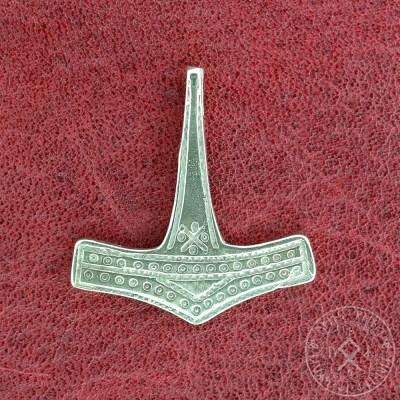 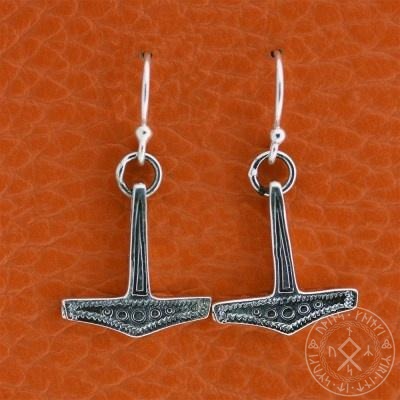