Yggdrasil - The Tree of Life

In Nordic mythology, the world tree Yggdrasil (or the tree of life) played a central role. The tree grew in the middle of the world and had roots that spread to the different worlds. One root reached Asgård, the home of the Aesir, the other Jotunheim with the giants, and a third root extended to Hel's realm of death.

Beneath each root sprang a spring. Under the root of Jotunheim, Mimer's well was filled with the water of wisdom. It was this well that I sacrificed my one eye to and thereby gained all its wisdom. Under the root of Asgård lay Urd's well. It was a holy place where the gods gathered. Urd was one of three Norns who knew the fate of the world and ruled over good and evil in human life. It was from Urd's spring, the Norns fetched water for the tree every day, and the dew that fell from the leaves of the tree kept the earth green. Under the Yggdrasil itself lay the hell well Hvergelmer, and here Nidhug gnawed at the roots of the tree.

At the top of Yggdrasil sat the eagle Hrasvelgr (The Carnivorous), which was in fact a giant disguised in eagle ham, whose wingspan could raise storms and strong winds.
On top of the giant - at the top of the world - the hawk Vedrfolner (the one who has been bleached by Wind and Weather) reigned.
The little squirrel Ratatosk darted up and down the mighty trunk of the tree, bringing insults between the eagle and the Nidhug.
The four deer, which wandered about on the branches of the tree and ate the fresh shoots, represented in human understanding the four seasons. At the foot of the tree lay six large and many smaller snakes.

Yggdrasil would be torn up and burned during Ragnarok (the end of the world).

In Viking times, many ceremonies and rituals were held around the tree of life. Around the year 1070, Adam of Bremen wrote that the blot took place in the sacrificial grove at the pagan temple in Old Uppsala. Here whole provinces met every nine years, to jointly celebrate a religious feast. Everyone had a duty to bring offerings in the form of nine living male creatures, among others. a. dogs, horses and even humans. They were hung up in the holy grove, and their blood was given to the gods, their bodies to the tree of life. All the trees in this grove had divine powers as a result of the death and decay of the victims.

Sacrifices to me took place by hanging, among others. a. of captured enemies and scalds. Thereby I got the nickname The God of the Hanged.
Likewise, I was deeply connected to Yggdrasil through its name, which directly means The Horse of the Terrible. The Terrible was also one of my nicknames.
Last but not least, I sacrificed myself by letting myself be hung in the tree for nine days and nine nights in order to gain power from the tree and become "the greatest".

Without a doubt, this is an ancient sacrificial custom for the tree of life. Some Christians said they had seen 72 victims hanging between the trees. In about the year 1000, Bishop Thietmar of Merseburg reported on a similar celebration with large sacrifices of people and animals at Lejre.

However, one of the most convincing testimonies about the tree of life dates from around the year 850, a fragment from the large Oseberg ship from Vestfold. In the center stands the large tree, and in its branches hang a series of human bodies. The wood is made as a kind of strings or wickerwork, attributes to, among others. a. the god of death, who ruled over life and death and had the power to free the innocent and to bind and judge the guilty.

Harald Bluetooth raised the Jelling Stone around the year 980 to Christianize the Danes. The stone shows a picture of the crucified Jesus. It is not certain whether the people of that day saw Jesus as we do, or whether they placed great emphasis on his being in a wicker. It can easily lead the mind to the tree of life and Odin's self-sacrifice. In that case, the Jelling Stone itself contains shadows of another reality.

This section is provided via the book: Shadows of another reality - Old Nordic myths by Lotte Hedeager. Thanks for reading.

If you want to see our selection of different jewelery designed as Yggdrasil, click here 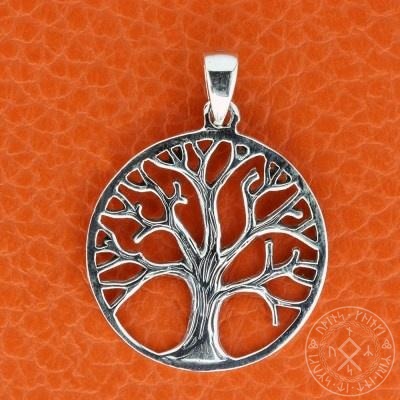 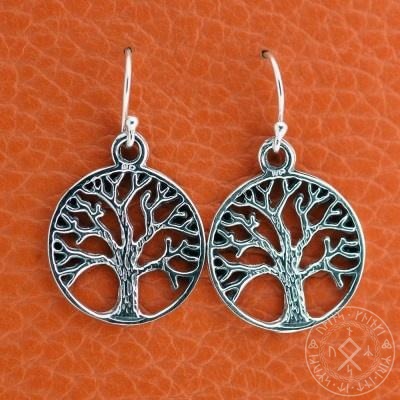 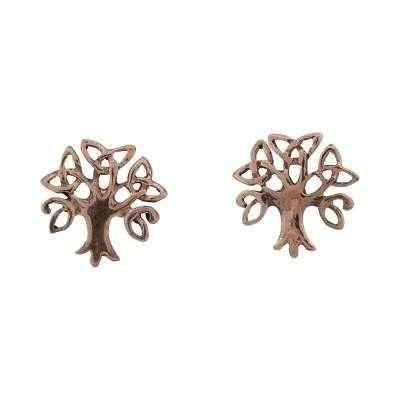 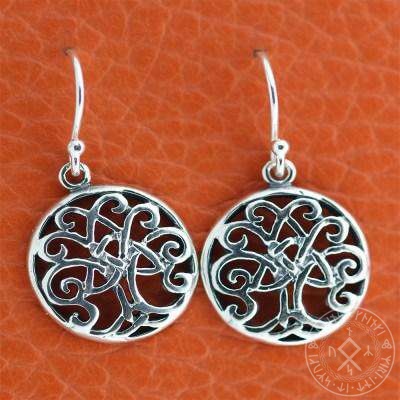 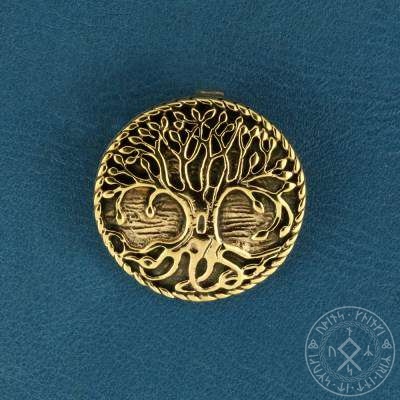